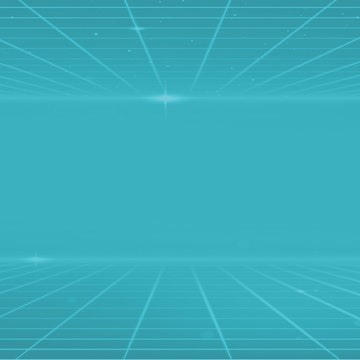 Es läuft:
Whitney Houston mit I Wanna Dance with Somebody (Who Loves Me)

Neil: The reason we’re still here, is because we enjoy making and writing music, and makingrecords, and it’s nice if you think it sounds youthful. But i think the inspiration and theenjoyment, the two of us feel from making music, is no different than what it was from when we first started making music together in the early 80’s, and so it’s great if that comes acrossin the record.

Chris: We first came to Berlin when we were invited by the record company, if we wanted togo and see David Bowie perform in front of the Reichstag, I don’t know when it was.

Chris: And it was somewhere we’d always wanted to come, and when we came to Germanyto do promotion it was always Cologne or somewhere. We never actually got to come toBerlin, so we were very excited to be coming, and it was very exciting flying in because therewas just like corridors, you weren't allowed to just fly willy nilly into Berlin.

Neil: The wall was still up

Chris: The wall was still up and everything. I don't know, it was just a very exciting place tocome to, and the wall was there and then we went over Checkpoint Charlie, we went into theEast and it was seeing how different it was to West Berlin. And you know, knowing thatDavid Bowie had made records here and everything, so it had all that history for us and sowe’ve always liked coming here. We’ve actually got an apartment here, with a little writingstudio in it, so we quite often come over here to write songs and we thought it would be agood idea to actually record an album here, finally. Everyone knows Hansa’s studios, andwhat we didn’t know actually was that a lot of really good schlager records were made there.It’s not just about David Bowie, and Depeche Mode, a lot of really great German pop recordswere made there, so that was something new for us as well.

Neil: I think doing three albums with Stuart Price, the main thing that links them all togetheris that we made a decision, for the first time in our recording career, to be electronic purists.Not to have orchestras, or acoustic instruments. The first album ‘Electric’ was very much adance album, the second album ‘Super’ was more of a pop album and this album, of thethree of them, is the most song based. It has ballad’s on it, which the other two albums didn’treally have. But the other two albums sounded very digital, and this one, the influence ofworking in Hansa’s studios is going in there you immediately see sitting around, oldkeyboards, even from the 80s and stuff, and that was quite exciting to start using those. And,Stuart Price set up in the studio, a mock band set up. So we’d have a speaker with thedrums mic’d up, and a speaker with the bass mic’d up, and a speaker with the keyboardsmic’d up, and then the vocal mic. And he recorded the ambience of that, that’s on the record,and then we used these lovely old keyboards and I think that’s changed the sounddramatically from the last two. So one reason we chose that photograph for the cover, is‘cause it looks like what the album sounds like. Darker, and slightly murkier. And, theopening track, it does feel like you’re in Berlin.